“Mom, we have something to tell you. Today, something weird happened. We went in to use the bathroom and there was a little boy dressed as a girl.” That’s what Julie Szymanski, mother of an Olentangy Local School District third grader, heard earlier this spring when her daughter came home from school.

Szymanski said that neither she nor her daughter were alerted by the district that it allows boys and girls to use bathrooms that are opposite their biology at birth. Parents in the district told The Ohio Press Network (OPN) that the school board didn’t green-light the decision, instead rules were made by the nonelected DIE group, which collaborated with Superintendent Mark Raiff and school principals in the district. District officials failed to return requests for comment.

Just a couple days after that OPN story broke, Olentangy was back in the news, this time nationally.

“Libs of TikTok” released a video clip on Twitter from a recent school board meeting wherein a parent sounded the alarm about the district allegedly administering an elementary-through-high school electronic survey under the guise of suicide prevention.

Elementary-high school students at @OlentangySD were allegedly given an invasive electronic survey on their pronouns, sexual orientation, and mental health. Parents were not notified and were not asked to consent. pic.twitter.com/opEPFNm6dC

However, an Olentangy parent talked with OPN and said the TikTok video had been edited and spliced and made it seem as though three separate surveys given over the academic year were one.

The same parent alleges, based on information obtained from the district through sunshine laws, the school system: 1) misled parents and students regarding “Panorama surveys”—officials claimed they were anonymous but weren’t; 2) outsourced a depression survey to a third party (some district officials thought the survey results were kept on paper forms in the school office in a locked cabinet, instead they are administered online and housed on a server not controlled by Olentangy); 3) a “preferred pronoun” survey was administered on the first day of school according to the parent of one 12-year-old student, without getting parental permission to ask the questions posed to students.

Jennifer Beck reported on the Democrat candidate for secretary of state who was found guilty and fined by the Ohio Election Commission (OEC) for violating state election laws.

In 12 minutes time, OEC discussed and voted 6-0, finding Chelsea Clark guilty of filing an improper designation of treasurer, keeping improper record of expenditures and using incorrect disclaimers on campaign materials. She was fined $500.

This is the second fine to be handed to Clark. She paid a $250 fine in September 2021, being found guilty of three violations though one was withdrawn.

The First Amendment doesn’t give a damn

OPN immediately protested the censorship, writing to YouTube: “We understand the community guidelines team that chose to remove this content may not like what was contained in the video. We also understand that your written policies may prohibit it. Let me assure you: The First Amendment doesn’t give a damn about how you feel or what your guidelines state. Repost the video immediately so that we may not have to take any further action, which includes filing for legal remedies.”

By Tuesday afternoon the video had been re-published to YouTube.

In his weekly column, Jeff Snook unpacked the most recent example of President Joe Biden keeping up with appearances while falling far behind in the effort to implement wise policies and use the presidential bully pulpit to do something other than, well, bully with heavy doses of his own disinformation.

During the height of Ohio’s response to the COVID-19 pandemic, an Ohio reporter uncovered that Gov. Mike DeWine owned individual Pfizer stocks—one of the companies on the forefront of vaccine production.

If Pfizer decided to give sales awards outside its pharmaceutical sales force, DeWine would have been in consideration along with a handful of Democrat governors around the U.S., who pushed jabs on constituents—DeWine even designed and dispatched lotteries comprised of millions in taxpayer dollars to incentivize shots.

This week we learned that DeWine is invested in Intel, the chip manufacturer that announced it would build a world-class plant in Ohio.

The Republican (on paper) governor lobbied hard and pressed for massive tax advantages for the Santa Clara, California woke corporation to choose Ohio. The decision was announced shortly before the May primary election, which DeWine won with one of the lowest vote totals for an incumbent in Ohio history.

Just as DeWine chose to avoid answering the question about how much Pfizer stock he owned, the governor won’t identify how much money he has invested in his latest pet project.

The controversial question of whether DeWine’s investments pose a conflict of interest isn’t new to the 40-year politician; he was criticized as the state’s attorney general for owning shares of companies that could have fallen under scrutiny of the AG’s office.

As always, we appreciate your loyal readership. Thank you. 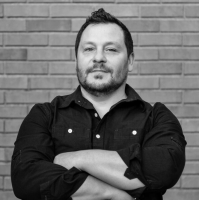