COLUMBUS, Ohio - As Ohioans, along with the rest of the country, await a possible decision today from the United States Supreme Court on the constitutionality of President Biden’s vaccine mandates, the highest court in Ohio sent state lawmakers scurrying back to the drawing board in their effort to redraw legislative district lines less than one month before the filing deadline for 2022 candidates to submit their petitions and declarations of candidacy.

In a lengthy, split decision, the Ohio Supreme Court ruled 4-3 Wednesday that the four-year redistricting plan passed by the General Assembly is invalid because it fails to meet proportionality standards required by the Ohio Constitution. Further, the court found the plan violates the Ohio Constitution’s requirement that no plan shall be drawn primarily to favor a political party.

The redistricting plan, which passed the General Assembly and was adopted by the Ohio Redistricting Commission in September, was created under a 2015 amendment to the Ohio Constitution. It established a new process for creating legislative districts. Pursuant to the Ohio Constitution, the commission was to approve a bi-partisan plan, with at least two Republicans and two Democrats voting in favor, by Sept. 1, 2021. The commission was unable to meet that deadline. On Sept. 15, 2021, a plan was adopted by a party-line vote pursuant to an “impasse procedure.” Because the plan did not pass with bipartisan support, it was only to remain in effect for four years, rather than the usual ten years.

The Ohio Supreme Court is divided, in part, over its authority under the Ohio Constitution, to hear the case, which was an issue not raised initially by the parties themselves. Mostly the decision hinged upon whether the language of the redistricting clause—requiring proportionality and political neutrality—was mandatory or merely “aspirational.” Proponents of the plan argued that the Constitution’s requirement that the commission “attempt” to draw a plan meeting certain standards did not require those standards, ultimately, be met.

As to the requirement that a redistricting plan must attempt to correspond to the statewide preferences of Ohio voters, the majority found “the evidence offered to show that an ‘attempt’ had been made … is nothing more than the political negotiations between commission members … [and] … we conclude beyond a reasonable doubt that the commission did not attempt to draw a district plan that meets the standard articulated in … the Ohio Constitution.”

The court further found that the adopted plan, which favored Republicans winning between 61 and 68 House seats (out of 99) and between 20 and 24 Senate seats (out of 33), violated the requirement that redistricting be drawn without favor or disfavor to any political party.

The court’s decision leaves candidates for the imminent 2022 election cycle in limbo, with the deadline to submit petitions and declarations for candidacy looming on Feb. 2, 2022. With this in mind, the court ordered immediate action, requiring the commission to submit a new plan by Jan. 22, 2022.

Sharp division between the justices can be seen in their opinions, which at times, went beyond the redistricting dispute itself. In dissent, Justice Patrick Fischer wrote that “[t]he majority opinion’s constitutional analysis is not logical, is not reasoned, and does not properly construe the text of the Constitution, and thus it undermines confidence in this court. The resulting lack of the citizens’ support will harm the judicial branch of Ohio’s government for generations.”

The majority responded in a “final note” that “[o]ur analysis and conclusion in these cases would be the same regardless of which political party makes up the majority of the commission or drives the map-drawing process. And any disagreement between the members of this court about the legal interpretation of words in the Ohio Constitution does not undermine the integrity of the court or Ohioans’ confidence in it.”

Justices Sharon Kennedy and Patrick DeWine, however, felt the majority’s response was unnecessary and its mere presence in the decision improperly implied that those not joining in the majority opinion were not faithfully and impartially discharging their duty to the constitutions of the United States and the State of Ohio. Their dissent further questioned whether the majority’s insinuation of political motivation was unethical, in light of discipline recently imposed upon an attorney that filed a pleading accusing the Ohio Supreme Court of adjudicating based upon political motives.

“When the attorney … accused this court of having political motivations, the members of today’s majority concluded that the attorney had committed an ethical violation by undermining confidence in this court’s impartiality and the rule of law. But when today’s majority opinion, by way of insinuation, suggests that the dissenters’ views are politically motivated, it simply calls it a ‘final note.’ So, these cases beg the question: Where is the ethical line?”

Kennedy and DeWine wrote that “the final note that the majority strikes is emblematic of the disharmony of our times.” 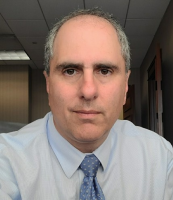 Daniel Gehr is a magistrate in the Butler County Court of Common Pleas. This writing is provided as information for public education and should not be considered legal advice or an endorsement of the position of any side of an ongoing legal dispute.