COLUMBUS, Ohio - In his latest measure designed to fight what he deems illegal overreach by the Biden administration, Ohio Attorney General Dave Yost joined a federal lawsuit filed in Louisiana that challenges the federal COVID-19 vaccine mandate for health-care employees.

“We have seen the challenges nursing homes and other facilities have had in retaining and recruiting staff,” Yost said. “This mandate, and the walkouts that will likely follow, will only make those challenges worse, leaving vulnerable Ohioans without adequate care.”

Earlier this month, Yost filed two lawsuits in the U.S. Court of Appeals Sixth Circuit—one challenging vaccine mandates for federal contractors and the other addressing the inoculation order for people who work at a company with 100 or more employees.

In each lawsuit, the attorney general insists that vaccine mandates be halted while cases are litigated. The Biden administration is preventing sovereign states from implementing and enforcing their own policies regarding the COVID-19 crisis, Yost contends.

“It’s an unlawful use of executive power,” Yost said. “The president does not have the authority to make health-care decisions for Americans.”

When he filed legal action earlier this month to stop the Biden administration’s vaccine mandate for employees of federal contractors, Yost called the order “unlawful and unconstitutional.” Yost echoed that comment a few days later when he joined six attorneys general in other states to stop the Biden administration’s coronavirus vaccine mandate for companies with 100 or more employees.

“A nationwide vaccine mandate that has nothing to do with workplace risk is a dangerous and unlawful use of executive power,” Yost said earlier this month. “Congress has not given the president the power to make personal health-care decisions for all Americans who just so happen to work at a company with at least 100 employees.”

The courts have seen a plethora of lawsuits after the Biden administration announced on Nov. 4 that health-care workers must receive the COVID-19 vaccine at health-care facilities that participate in Medicare and Medicaid programs. According to the order, all eligible staff must get the first dose of Moderna or Pfizer, or the one-shot Johnson & Johnson inoculation, by Dec. 6. They are required to be fully vaccinated by Jan. 4, 2022.

Louisiana Attorney General Jeff Landry filed a lawsuit the next day, and it is that legal action onto which Yost is signing.

On Oct. 29, Texas moved forward with legal action against the Biden administration’s mandate impacting private companies with 100 or more employees. That mandate was blocked on Nov. 6 by the U.S. Court of Appeals for the 5th Circuit, which cited “grave statutory and constitutional issues.” That led the Biden administration to suspend enforcement of the shots for private businesses.

Overnight Tuesday, the Biden administration filed a motion asking the Cincinnati-based 6th Circuit Court of Appeals to lift the suspension on its vaccine-or-test mandate for private businesses.

“Simply put, delaying the Standard would likely cost many lives per day, in addition to large numbers of hospitalizations, other serious health effects and tremendous expenses. That is a confluence of harms of the highest order,” the Biden administration argued in the motion.

Opponents, including Yost, argue that the order exceeds the authority of the Occupational Safety and Health Administration (OSHA) and Congress’ ability to delegate to federal agencies. It also violates the First Amendment, the Constitution's Commerce Clause and laws protecting religious freedom, among other issues.

The Biden administration wants the 6th Circuit to eliminate or at least modify the 5th Circuit stay order, contending that OSHA reasonably concluded the measure was necessary, and that constitutional concerns are meritless. 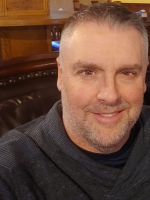